Jonathan – Well, Teams is Microsoft’s new generation of collaboration platform and it’s a software platform that’s used by all different staff to communicate. What Teams Rooms Systems are, is pieces of equipment that you can put into Meeting Rooms or Collaboration Spaces to enable it for Teams. And what they’ve done is, they’ve partnered with six different manufacturers to make these certified Rooms Systems kits.

Jonathan – Yeah, you’ll think it will be as easy as choosing one and just rolling it out to all of your spaces but there’s actually a lot of nuances and differences between the systems. There’s a lot of gotchas and there’s reasons why one will work for one space and not for another space.

David – Let’s dig a little deeper and find out what some of those gotchas are and see if we can make life easier for our viewers. So, the manufacturers are Crestron, Polycom, Logitech, Lenovo, HP, and Yealink. As I understand it, there’s essentially a computer device which is running Microsoft Teams and a touch screen which has a simple interface of Microsoft Teams that’s used to control the system. Is that correct?

Jonathan – Yeah, that’s right. The core of the system across all the manufacturers is exactly that, the computer and the touch screen, and they might look a little different, but they are all doing the same thing. Where it does vary though, is the things that are attached to that, your microphones and your cameras. There is actually a wide variety of those and you can mix and match between the different manufacturers for those peripherals.

David – Oh great! So, that’s providing quite a bit of flexibility. What about the core benefits? What are they for the viewer to understand for these room systems?

Jonathan – It’s really a simplification. In previous generations of room systems, the way that you control it, or the interface has been different across different manufacturers. And for Teams, Microsoft has actually dictated exactly what that user experience and interface is like. So, across all six of the manufacturers when you look at that touch screen, it’s actually going to operate in exactly the same way, and look exactly the same.

David – Oh fantastic! So, the integration with Microsoft Teams is obviously very slick and easy. And is there an easy migration plan if you’ve currently got Skype for Business to go to these Teams Room Systems?

Jonathan – That’s definitely something that all the Microsoft account managers will be talking about, and it’s different for each organisation, but they do have different road maps for transition between Skype for Business and Teams.

David – Okay, so let’s talk about different organisations. You know I guess there’s always different manufacturers, and different products there. If you are maybe a small to medium size organisation and don’t have huge requirements for your rooms, maybe small to medium at best, is it easy then to pick and choose, and kind of almost buy off the shelf? Does it really matter who you choose?

Jonathan – This is really where Microsoft has done the hard work for smaller organisations. Because they are dictated how their systems work and the way that they look, for small organisation they can trust Microsoft and just pick one of their six vendors, use it off the shelf and away they go. It really is that simple.

David – Yeah, fantastic! But I guess things are going to change a little bit once we get to a large organisation which have larger rooms and maybe more complicated requirements shall we say. Like a sophisticated Boardroom, is maybe going to require a bit more audio sophistication in the design. Same with a large conference rooms or large training rooms which may be combined together. Are all of these six systems well-geared to handle that integration?

Jonathan – Look, this is exactly where those gotchas come in, and when you really have to look at each individual manufacturer. Some of them do it very well and some of them haven’t done it very well. For example, the Lenovo and HP solution, the touch panel and computer is right next to each other. So, it means in your meeting room, you’re going to have a computer sitting on top of your table. Which as you say in a Boardroom, is not an ideal scenario.

David – Sure, not very aesthetically pleasing. But what about the integration? Could you integrate a full sophisticated audio system with external microphones and audio mixer and amplifier to Lenovo and HP? Would that play well together or maybe not?

Jonathan – So those systems really are designed to be standalone systems. You buy the kit; you deploy it standalone and that’s everything you need. That’s why it works well for a small organisation with small meeting rooms, but once you start expanding that on the scalability, or introduce other products, that’s where you really need to be looking at the other manufacturers like Logitech and Crestron. They are actually partners with Microsoft for their first generation of rooms. And they’ve learned a lot of lessons from cable management, and scalability and flexibility from that first generation of products and now there’s much more flexibility built in. For example Crestron, you can place that touch panel anywhere and just connect it to the network and remotely locate your computer, so it doesn’t have to sit on the table.

David – Oh, ok. So, we could potentially have large rooms with central AV rack designs and have these rooms systems fit in still very nicely if we were going down a Crestron or Logitech choice.

Jonathan – Yes. Logitech have gone a similar path, and they’ve created a fibre optic cable for their touch panel which means you can locate it, again, away from the computer. And this is also important as well when you got rooms with flexible furniture. When you go to move that furniture around, you need to be able to take these panels and put somewhere other than the table.

David – We’ve recently looked at these with a couple of large organisations in Australia and we’ve chosen those two manufacturers for that very reason, haven’t we? So, I guess it’s very important for the viewer to understand that you really want to have the same manufacturer all across the board for a couple of key reasons. One being the support, Jonathan?

Jonathan – The support definitely, and then also user experience. You don’t want a person to go to Room A and see equipment from one manufacturer, and then go to Room B and be confused because it’s completely different. So, having that consistent experience across all the rooms is really actually important for user take-up.

David – Fantastic. Thanks Jonathan. So, where can the viewers go for more information about this?

Jonathan – Well, Microsoft has a fantastic web page for the Microsoft Team Rooms Systems. Of course, you can also go to the individual manufacturer’s websites as well.

David – And, of course, the team here at konnectus is available for any assistance you may need as well. 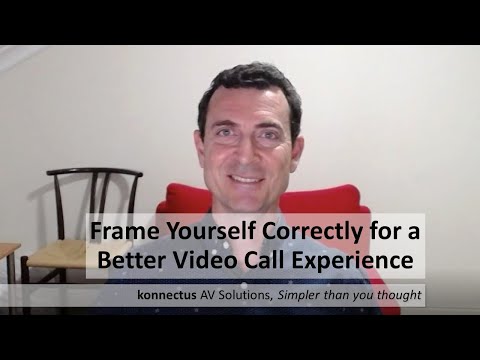 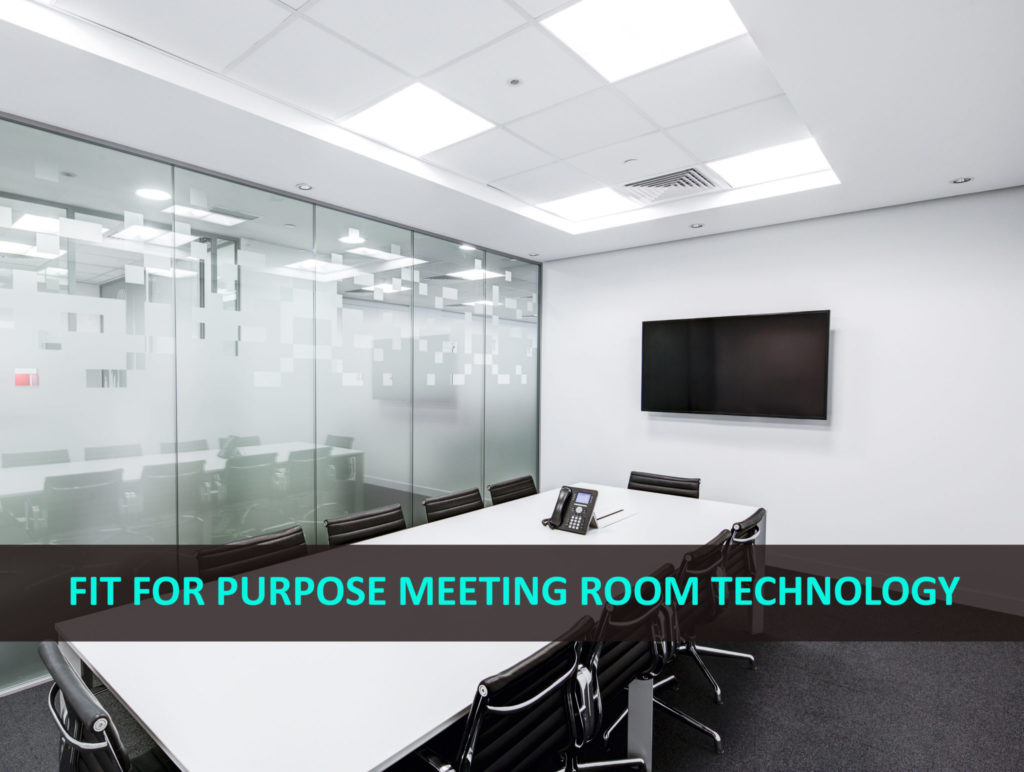 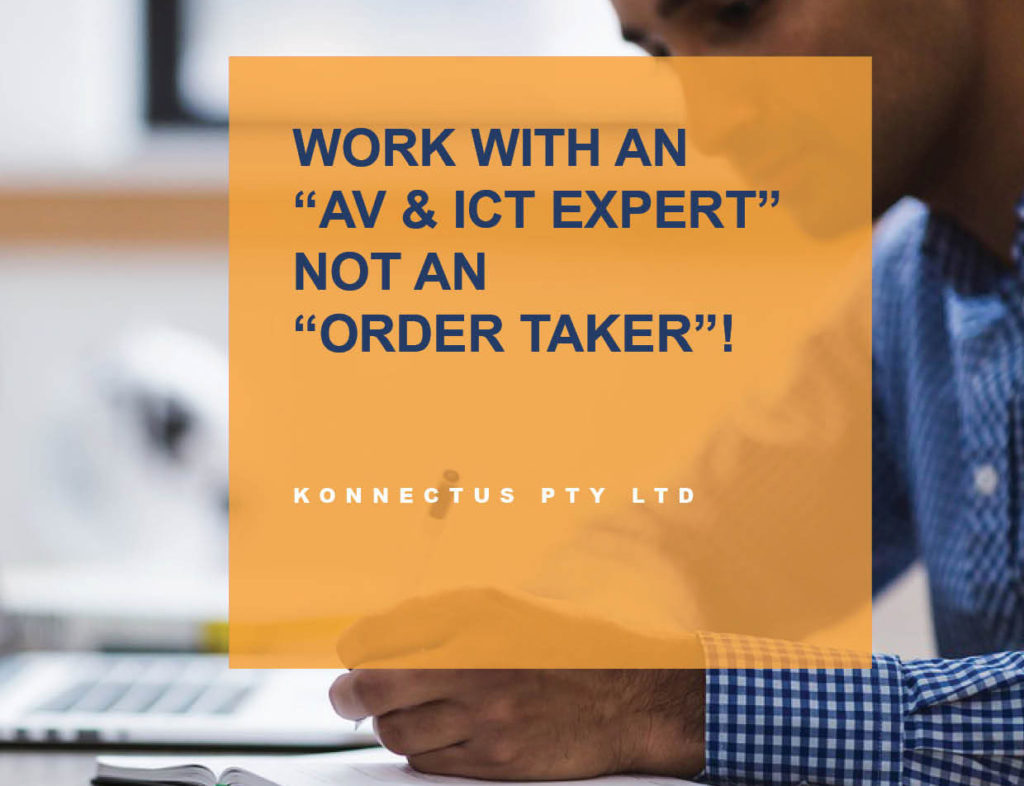