Jonathan, yesterday we had a catch up with one of our customers. We finished a large project with them, a workspace project in Sydney, and it was a lessons learned meeting, which is always very important, you know, to find out what went well, what could have been done a little better for next time and, I think for this video, though, what I want to just focus on is some telling comments that one of the key stakeholders from the customer made. He said, in this day and age, it’s not enough just to have a few of the spaces video capable. Every single room or space must have video conferencing capability, and it must be very simple and easy to use. I thought that was extremely telling. It just demonstrates how far we’ve come in, probably 12 to 18 months. So, on that note, just for people watching this video, I wanted to give them three tips which they will never be able to find out just by sort of researching online or talking directly to vendors. We’ve got a bit of an inside track here, some inside knowledge, and I’d like to share that in 3 Tips. So, let’s with the first one.

What would you say is the First Key Tip which we could share? Look, if I think back to my experience deploying those systems, one of the biggest things is about the user experience. We see systems deployed, and you know, video conferencing is video conferencing. And you can put it in a big, small, or medium room and sometimes the cheaper solutions on paper say that they deliver video conferencing. Yes, they’ve got a camera and yes, they’ve got audio. But what you don’t see in the magazine, or the brochures, or from the vendors is them talking about what that user experience is like. OK, you so you might have a system in a big room, and you’ve got to push particular buttons to get your video conferencing happening, and then if you put a different product in the smaller room, yes you can do the video call, but it’s a different set of buttons. And the layout is different. So, all of a sudden, the person walking into the space has these two very different systems to learn and know how to operate. Yes, and so a bit of confusion can be created and that could maybe affect user adoption. And all of a sudden, you know, what was a great investment gets used less, and it’s expensive to not have systems being used. Absolutely! Okay. Perfect!

What about Tip number 2, then? Well in a similar vein, actually, what you don’t see is people reporting on the quality of the audio and the video. So often you’ll see the camera says it’s 4K or full HD, and on paper, you know, you compare two products full HD and full HD. But the image quality that you get out of those is actually very different. I actually was doing some testing with one of our clients just yesterday, in fact, and there were two 4K cameras. On paper they look the same, but when we actually had a look at the video image, one was very unfocused and blurry compared to the other, which was very sharp and had great lighting. It was in the same room. So, doing your due diligence maybe with some proof of concepts or testing products before making that that larger investment is a key. Can’t just do it on paper. Absolutely! Can’t rush into it Perfect!

And Tip number 3, then for the viewers. What would that be? Yes, Tip number 3 comes to an operational aspect. So, you’ve deployed the systems you purchased them, and they’re working, it’s fantastic. But how do you set them up in the back end? How do you manage them after they’ve been deployed? Different systems behave differently. So, this could be more for your IT Manager, their team. They have to sort of manage the day to day. They might need to see them online or see if there are issues with them. Upgrade firmware and things like that? Correct. Now, all of a sudden, just like your users having to look at two different systems, your IT people managing their systems have two different systems for two different product SKUs. They have to use two different applications. And now they have to learn those two things and manage them separately. It becomes quite inefficient. Absolutely. It’s multiplying time and probably frustration as well. It could be unnecessary. A bit of a hidden cost, you might say Absolutely! Thanks so much for sharing that. I hope that that is useful information. You definitely won’t find those sorts of little gems when doing your on-paper research or talking directly to perhaps your vendors. If you’d like to know anything further or, you know, maybe some other hidden tips that you have questions around. Feel free to reach out to us here at konnectus. 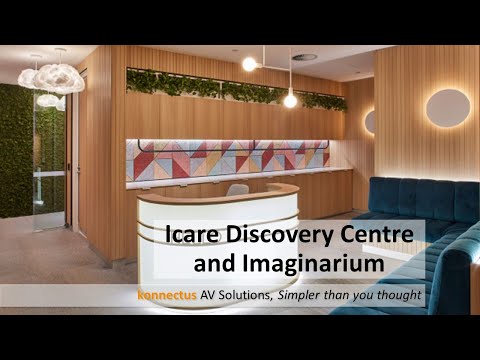