David – Adrian, there is a situation that can be so disheartening. Let me paint this picture for you. You’ve gone to the trouble of investing hundreds of thousands, if not, millions of dollars in new technology for your organisation. Okay. You’ve spoken to the experts; you’ve looked at all the great technology options; you’re convinced that what you’re implementing is the right choice. But for some reason, the people just aren’t using the technology. Why is that?

Adrian – So, we’ve boiled it down to three simple reasons. The first one is that sometimes the technology is too hard to use. I used to have these big headphones and to play music, I would have to pair with my phone and do all the stuff on my phone to make sure it synced up. But if you look at Apple Air Pods, all you have to do is open the case. It syncs automatically and you can play music straight away.

David – Oh okay! So, eliminating the steps is probably the key there, isn’t it? You’ve got to be asking those “How” questions. “How are you going to be using the technology? “How many steps are there to use that system? Is it two, three, four, or five?” And the more steps involved, the worse the experience. People aren’t going to adopt that technology. It’s too hard. You need to reduce those steps right down to one, maximum two. This requires minimal training and all of a sudden people are just going to get right into using that technology.

Adrian – Absolutely, Dave. The second reason is a mismatch of technology. Sometimes people want something, when really, they need something else. I get asked these kinds of questions. People are like “I’m going to go travelling, I want to buy a camera” or “I’ve just had a baby; I want a camera” and they ask me what camera to get and I keep telling them “You don’t need a camera. You already have a really great camera on your phone”.

Adrian – Yeah, absolutely. So, the third reason is actually quite a hard one to explain. Adoption is a bit of an emotional decision. You can do everything right, like you’ve said, hire the right experts, involve the right people in the design process, but people still won’t adopt the technology. An analogy I would like to use is people paying for things with their phone. Some thought this concept was going to take over the world but, in reality, only 1% of people use their phone to pay for things.

David – Yeah, Adrian, this is a classic. We, as people, need to like something. We also need to trust it. They’re two big barriers and if you can’t overcome those barriers, it’s difficult for people to uptake new technology. I’ll give you a tip of what we find really works well in commercial projects. It’s a Proof of Concept. This means taking the time before a major project to get some new technology in, put it in a part of the building and invite people to come and work with it, test it out, get comfortable with it, and give some feedback. They will overcome that trust barrier and, if you listen to their feedback on user experience, you’ll be able to tweak the technology to a point where people like it. You’ll then overcome the uptake barrier and your adoption is going to go through the roof.

Adrian – Thank you so much for watching. We’re confident that when you follow these three steps, people will be more willing to adopt the new technology in your next project. 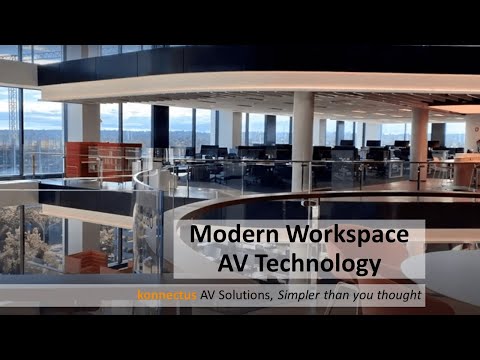