David – I find so often that the training seems to be left to the very end and it sometimes just a quick run through to show people which buttons to press and there’s not really much thought that goes into it. Bit of a waste of time you might say, unfortunately, which is something we’re going to talk about today and how we can overcome that and make it a much better experience and a much better investment for the end customers. So, you’ve got three examples you’re going to run through today. Let start with the first one.

Jonathan – I’ve got three very different examples. First one I want to talk about is actually quite an interesting project that we did for a services organisation and we did this new project and it was a fit out for a floor. It was a sales type floor where they bring some of their biggest clients to try and sell to them. This was a very flexible space. There were lots of different types of technology in this space. There were large LCD screens and Interactive whiteboards, there were mobile touch screens. So, there is lots of technology and this space actually has some permanent owners and their job was to go into the different business units and advocate for this space and say “Hey, did you know we have this great space that you can use as a sales tool?”. Oh okay.

But the key thing about the training was if I were just to show them this is the buttons that you’d use, and this is how you operate it, they would have no idea how to go into their business and say this is a fantastic tool. What I needed to do was actually arm them with different scenarios and different use cases that they could use the technology and they could say “Hey, you’re in tax law or you’re in something a bit more creative, this type of application is more suitable for you.”. Maybe it’s a more static type of presentation, or maybe it’s a more creative style of presentation. It was about understanding how they intended to use the space, and then creating and tailoring the training around that use case.

David – And what’s the next example? Was that a Control Room?

Jonathan – Yeah, that’s right. This was a critical space. It was a 24/7 operation space. A Control Room, as you say. And this is an environment where there’s a lot of stress, and there’s a lot of things happening, and people need to make decisions in split seconds and be able to effectively communicate. The people that operated the space needed to be very, very familiar. So, in that high-pressure situation when lots and lots of things are going on, they need to know how to operate the system, and where to get all of their different pieces of information from so they can effectively make decisions. And, that was so important. So, I spent a lot of time with them so that they’re not fumbling around in a crisis.

David – Can you describe a little bit more about this actual Command Centre?

Jonathan – Yes. So, there was a very large video wall display where they would have live camera feeds. There were multiple information displays. They had things like bomb radar, traffic information, news feeds, and live bulletins. They also had radio system, as well, that they are able to interact with different emergency services. So, there were lots of avenues of information for them to be able to pull altogether and quickly make the decisions. But there was actually a second group of people that needed to be trained as well. So as these situations are happening, you’ve got the people operating the space. But, when things go wrong, they’ve put a support team.

David – Oh, I see. Yes, so the key decision makers can focus on the issues at hand and make those decisions. But, tell me one thing Jonathan, did you find that there was maybe three or four different scenarios that came up very often and it was very sensible, I guess, to try and be specific on those scenarios and make sure that they had those really down path like a well-oiled machine.

Jonathan – That is correct and I can give one example, a major incident and in these major incidents, they need to be situational aware and have diversions in place, being able to reroute traffic, be able to coordinate lots of different emergency services. And one of the great things that they are able to do in the space is actually use live mapping information and annotating over the top, and then being able to bring that in and distribute that to everybody in the emergency process team. That was definitely one that they’ve really appreciated going through.

David – That’s powerful. Being able to get them comfortable and really confident in that training session. Just would’ve mean so much more and they could really get the most out of that asset in that Control Room, couldn’t they? Alright, so let’s go on to a completely different type of scenario. This was a Retail Space as I understand it. Tell me a little bit more about the space and also the type of training.

Jonathan – So, this was a Specialist Retail Space and what was deployed here was a very large video wall, an LED one. Yep. And it had motion sensitivity on it as well. Now, this particular Client was actually a very creative Client and they had lots of tools to be able to create fantastic content. And in this retail environment, it was about arming them with the knowledge to be able to take that creativity and put it on to a large video wall, as the main focus and then the second focus was this small personal touch kiosks. And they could create stories to be able to be put on this touch kiosks. So, part of the training was really about making sure the creative people knew how to create the content and tailor make it for the situation in the environment of having a large video wall and the small little touch panels. What they ended up actually doing on the small touch panels was like a kind of choose your own adventure. And we worked a lot with them about being able to evaluate and quickly qualify the people that came in to the space and understand what their key motivators are and once they had that information, they could actually guide them through the story on the touch panel that the creatives had made. Confidence was really a key thing there.

David – Well, that’s great. Three very different examples but you can see that the training has been so important in each one. That run through, as we said earlier, of just pushing a few buttons just wouldn’t have been enough. I think you can say, you were there firsthand, did all of those customers get a lot out of the training that you’ve provided?

Jonathan – Absolutely. They left with confidence and enthusiasm about using their new technology equipment. Absolutely. 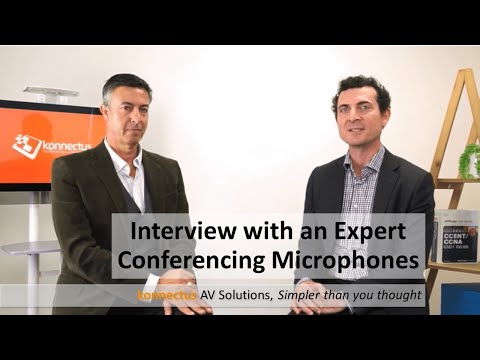